skip to main | skip to sidebar

LWA OF OPPORTUNITIES & GATEKEEPER TO THE SPIRIT WORLD 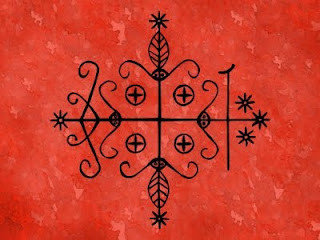 Papa Legba's Ritual Symbol (Veve)
Legba has his origins with the Fon people of Dahomey (Benin) Africa and is said to be the guardian and trickster of the crossroads and entrances. He is one of the most widely worshipped lwas and is known by several names. In Surinam in Brazil he is known as Exu, in Trinidad, in Cuba he is known as Ellegua, and in Haiti and New Orleans he is known as Papa Legba. Papa Legba is the master linguist, the trickster, warrior, and the personal messenger of destiny. He has the power to remove obstacles and he provides opportunities. All ceremonies begin and end with Papa Legba, and there can be no communication with any of the other loas without consulting him first. His gift for linguistics enables him to translate the requests of humans into the languages of the spirits and lwas.

Papa Legba’s colors are red and black (as worshipped in New Orleans), and some of his favorite things that can be used as offerings include, candy, cigars, rum, and tobacco. He absolutely loves palm oil. His number is three and his day of the week is Monday.

Papa Legba walks with the black sun. He is very powerful as his tales manifest in the crossroads between the visible and the invisible worlds. He is the first to open the doors to the spirit world when called upon, and has the power to remove obstacles. Among many other things, he is known as a storyteller.

Likened to St. Michael and St. Peter, Legba is the guardian and opener of the crossroads of the world. His colors are red and black. His favorite foods are corn, candy, and rum.

Voodoo practitioners place representations of Papa Legba behind the front door of their home in order to clear their path in many ways and to bring His protection and to help accomplish goals.
Posted by Evil Lily at 7:33 PM 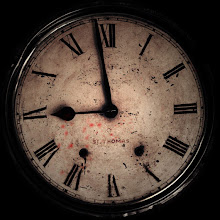 Evil Lily
I'm a slave to my mind.

Interesting Creatures of the Night